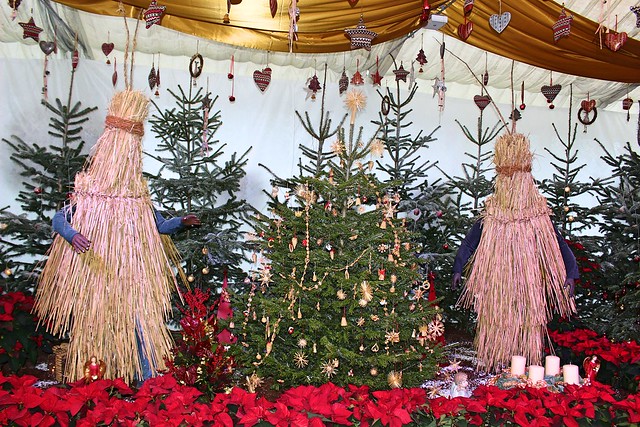 In rural areas of the Alps, the entrance of the “Men of Straw” into a town square or onto a stage signals the beginning of the wintertime St. Nikolo/Krampus pageants, morality plays that syncretize Germanic winter spirits with the Catholic legend of St. Nicholas.

A shabab is a poor man “unadorned to the grave,” but it’s unclear why exactly these humble straw men are involved in the St. Nikolo/Krampus pageants at all, since they don’t play a role beyond the entrance and exit processions (and they never speak). Perhaps the Schab are a holdover from Germanic paganism that survived by syncretizing with Catholicism. After all, in addition to appearing in the St. Nikolo/Krampus pageants, the Schab also resemble the “Wild Men” characters used in the region’s version of Fasching (carnival), which dates back to the late 1200s. Carnival is, of course, a widespread European wintertime party that was co-opted and corralled by the Catholic Church.

But we don’t really know if straw men were crafted in Austria much before the 1800s, when the first scripts for the St. Nikolo/Krampus pageants were written down. And we definitely don’t know to what degree the Schab are preserved pagan icons versus characters that have evolved substantially during the Catholicization of the Alps.

What we do know is that the modern practice of making a Schab costume is a closely guarded secret, known only to a handful of performance guilds across central Europe. (Think about it, how would you make a suit of straw??) And each guild has its own style and technique. In Germany’s Berchtesgaden, straw men take the form of massive, showy Buttnmandl. In the eastern Alps of Austria, you’ll see Schab with slimmer profiles and more structured heads, with two long sticks on top.

Throughout Austria, straw pops up quite a bit around Christmas. It’s used to make ornaments, angel figures, and other kinds of decorations. And Schab also occasionally appear in public as part of Christmas displays, like the photo above from the Blumengärten Hirschstetten in Vienna. Straw injects a sense of tradition — and eerie mystery — into the season, in a way that synthetic decorations just can’t do. 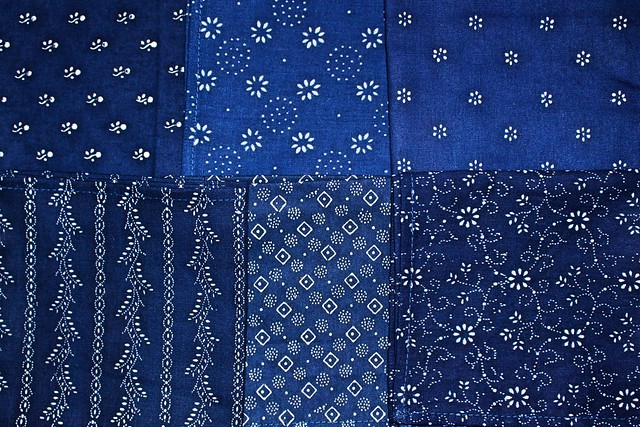 The Horvath family workshop has been producing traditional kékfestés (blue-dye) fabrics in Tolna, Hungary, since 1810. According to their brochure, “Our blue-dye workshop is one of the last and oldest in Europe. We are still working with the original century-old equipments and with more than five hundred various old printing blocks (patterns).”

Horvath is one of about four active workshops still making blue-dye textiles in Hungary. Here’s a good description of their process.

Bavaria’s Wolfauslassen offers what is arguably the world’s best-known show of Balkenglocke, or beam bells, but troupes pop up across the Alpine region. Young men strap 45-pound rectangular bells around their waists and whack them with their thighs. This troupe led a Krampuslauf in Klagenfurt, Austria, and later made an encore performance at the town’s Christmas market.

In November, I went to my first Krampuslauf in Klagenfurt, Austria. Atlas Obscura bought the piece and some photos, and now I’m hooked on telling stories about the strange, beautiful rituals of other people.

Nothing rings in the holiday season like a parade of demented yak-like demons wielding whips, smoke bombs, and a chainsaw or two. Welcome to Austria’s Krampusnacht … Krampus is one of the most obvious living examples of pagan and Christian syncretism in Europe, and you can’t understand one half of him without the other.